History of the Mineral Fish 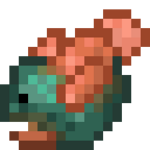 This page documents a good amount of the history of the Mineral Fish. 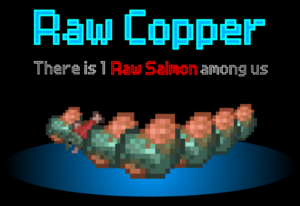 On March 25, 2021, user @gosoccerboy5 created the first "claim your ticket" post.[1] 3 days later, another ticket post was made by them.[2]. On April 7, when snapshot 21w14a released, user LandonHarter made a post[3] with an image referencing popular online video game Among Us about how Raw Salmon resembles Raw Copper.

The other Mineral Fish's creation[edit source]

on April 12, user potatophant bumped the Minecraft Topic with a post saying "[commence -gge bumping procedures here]", in reference to -gge bumping topics sometimes derailing the topic/making quote chains[7][8]. -gge later replied to this with 6 of the original Mineral Fish, specifically Copper, Iron, Golden, Lapis, Diamond and Emerald Fish[9]. The rest of the original fish were created later. A reply to this post by user dinoqueen ended up being the 1000th post on the topic.[10]
The next day, on April 13, potatophant made another post referencing -gge bumping topics, saying "yes or -gge will bump all your topics"[11]. -gge later replied to this with (almost) all 12 fish. The new fish were Coal, Amethyst, Quartz, Ancient Debris, and Netherite Fish. Emerald Fish was accidently excluded in this post [12].

Retrieved from "https://mineralfish.miraheze.org/w/index.php?title=History_of_the_Mineral_Fish&oldid=3335"
Category:
Cookies help us deliver our services. By using our services, you agree to our use of cookies.